A former Colorado shop truck originally nicknamed “Denver Dandy”, this pickup was first restored to stock form in 1959. Through the 1960’s it was customized and transformed multiple times. The innovative and high-quality work done on the truck earned it nationwide “cover car” status and a feature in the December 1963 Hot Rod magazine. At the time, while relatively stock in basic appearance, the truck featured a 4” roof chop, the wheelbase was shortened 4”, the front fenders were moved back, the cargo bed was shortened 11”, and the body was channeled 5” over the frame rails. The ’33 Ford pickup suspension remained stock, ’59 Cadillac taillights were fitted, and the interior was custom-upholstered. Power was delivered by a beautifully detailed, chromed, and polished Flathead Ford V8 engine, twin Strombergs, and Offy heads and intake, with power handled by a later-model 3 speed manual transmission and rear end. By the time it returned to Hot Rod’s pages in July 1968, modifications were far more drastic, including a sectioned Deuce radiator shell, low-mounted headlamps, nerf bars, un-skirted front fenders, and birch for the side panels, running boards, and dash panel. It also features a custom console for the speedometer and control switches. Clear Plexiglas replaced the firewall, forward floor, and cargo bed floor, revealing the engine and heavily chromed and detailed suspension. As a final touch, twin radio antennas were frenched into the upper cab corners. During the 1970’s, the famous pickup was modified further into it’s current form with a new Aztec Gold paint job, extensive pinstriping, unique painted scenes on each door celebrating Colorado’s rich frontier heritage. Renamed “Colorado Gold” the pickup was featured in a two page 1976 Rod Action Yearbook spread. More recently it was shown at the 2009 World of Wheels in West Virginia and was depicted in event coverage in the December 2009 issue of Cruisin’ Times magazine. It then joined The Jimmie Taylor Museum Collection and was features as the November car in the 2011 Street Rods calendar. Price $39500 USD

We ship internationally, and to all 50 states. We will quote enclosed shipping to your door. Buy with confidence. 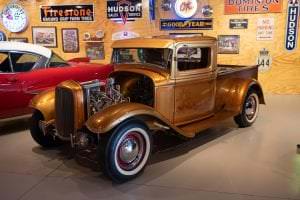 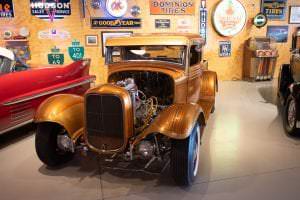 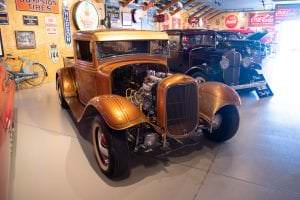 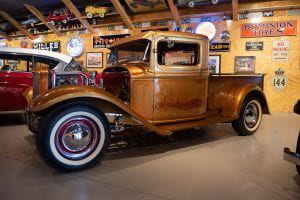 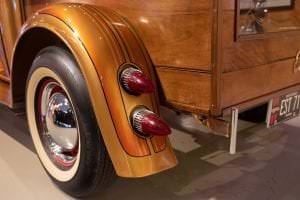 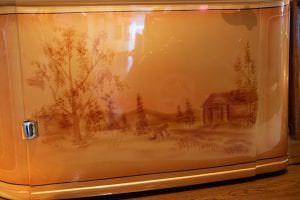 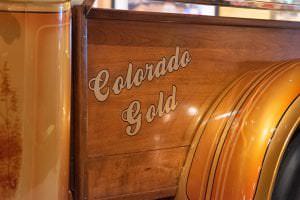 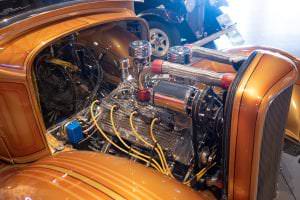 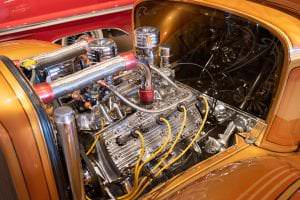 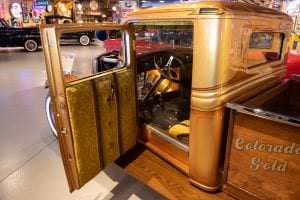 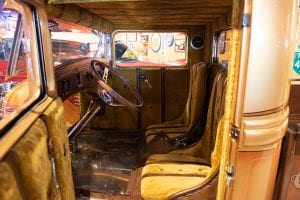 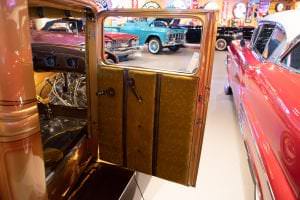 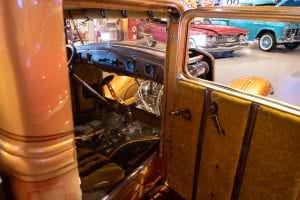 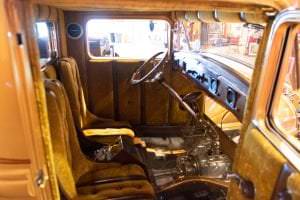 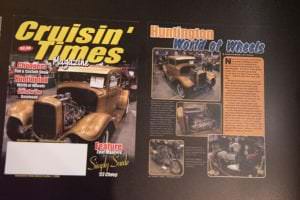 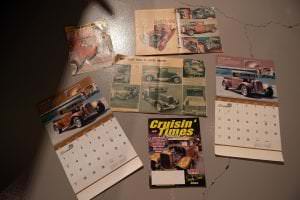 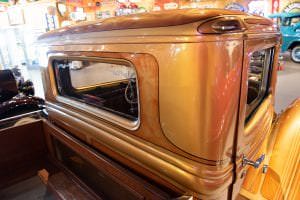 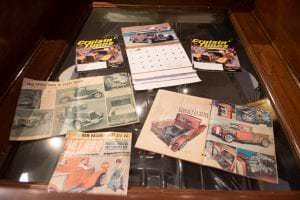 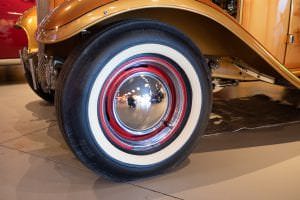 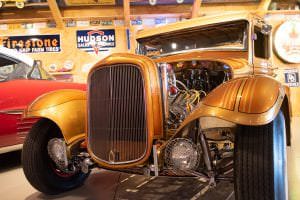 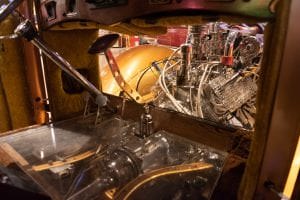 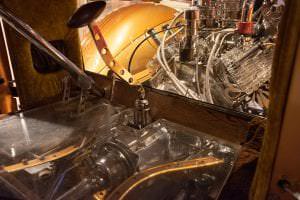 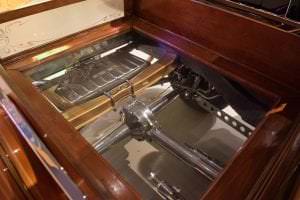 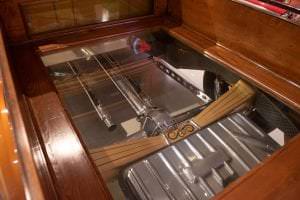 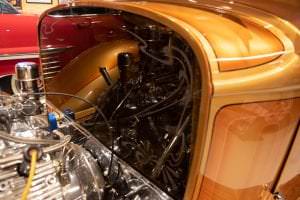 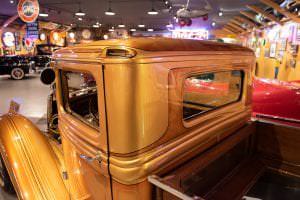 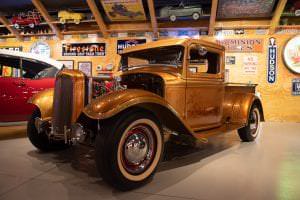 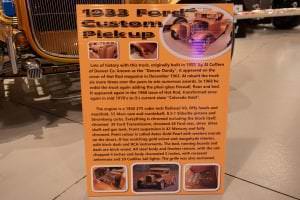 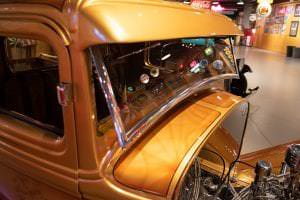 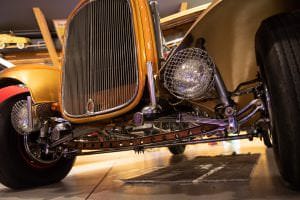